I'm Joey Weiser, and I was born on April 5, 1983 and have lived most of my life in Bloomington, Indiana. I am a graduate of the Savannah College of Art & Design and my comics have appeared in several anthologies and my illustration work has been featured places like local art shows and as album artwork. I am available for comics or illustration commission work. Also, I have made several mini-comics which you can order from me. I accept paypal, cash, checks, or money orders. Shipping is only 50 cents per book!

Or you're welcome to mail me at:

The following mini-comics are available:

The Unremarkable Tree Frog - $1 (sold out)

*Although my mini-comics are in limited supply or sold out, some are available at local Bloomington shops, or for order from Optical Sloth.

You can find comics by me in these publications:

Put the Book Back on the Shelf: A Belle & Sebastian Anthology (Image Comics)

The Ride Home was named "Stuff You Should Buy" at the San Diego Comic-Con, and has been reviewed by the Precocious Curmudgeon, Las Vegas Weekly, and the Comics Waiting Room.

Jennifer Contino at The Pulse interviewed me regarding The Ride Home and touching on my work in Flight and Superior Showcase.

Newsarama conducted a huge series of features featuring several creators, including myself from Flight 4. They are: A 57 pg preview of the book, featuring two pages of every story, a roundtable discussion, a Creators' Chat, where we ask (Flight creator, editor, and artist) Kazu Kibuishi some questions, and then Kazu asks us some of his own, and finally Commentaries feature where we provided a couple pages from our story and gave some notes regarding them.

In 2006, PopImage conducted a series of interviews regarding Flight 3. I participated in the roundtable interview as well as a one-on-one follow-up.

I was interviewed regarding the 2004 SPX Anthology at comicreaders.com

There is a review of my minis in an October 2004 article of Past the Front Racks.

A few of my minis are reviewed (and available for purchase!) at Optical Sloth. 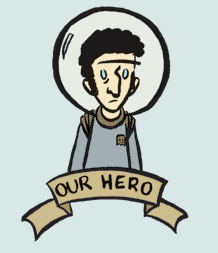 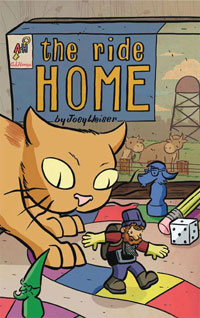 THE RIDE HOME Graphic Novel
from AdHouse Books!
Available NOW from the AdHouse Store or Amazon.com! 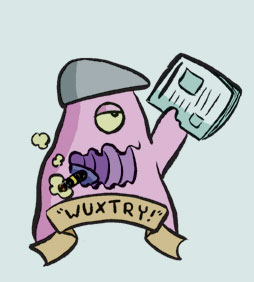 Back to the Homepage